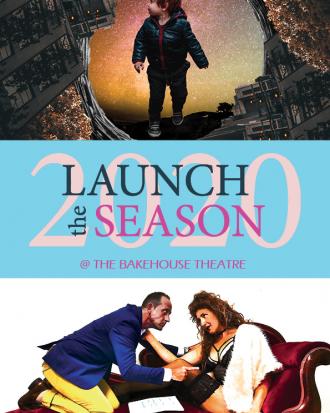 Huge apologies - event cancelled due to corona virus implications. An email has been sent to our patrons and tickets refunded. If you haven't joined our mailing list yet please do so to receive important information like this.
Presented by:
Bakehouse Theatre Company

To all of our regular Bakehouse  theatre-goers.

We invite you to celebrate with us the launch of our newly appointed Resident Theatre Companies.

These two companies have already produced some fabulous shows at The Bakehouse and we have decided that their outstanding work should be rewarded by making them our Resident Theatre Companies.  These two companies, like the Bakehouse,  are commited to providing their audiences with professional theatre at an affordable price.Therefore, we would like to invite you to their 2020 Season Launch.  Please join us for an evening of wine, nibbles, conversation and  the revelation of their 2020 seasons!

SOME INFORMATION ABOUT THESE THEATRE COMPANIES

Joh Hartog (former Lecturer in Drama at Flinders University) has had a long association with The Bakehouse Theatre.  First mention of Joh somewhere in our archives refers to his work for The Red Shed  in 1993 with a production entitled And I'll Give You All the Diamonds in My Teeth.  However, as the Bakehouse Theatre, we first encountered him in 2006 when we asked him to direct our production of Roulette Times Three. After that he formed his own company Accidental Productions who first  hired the theatre back in 2007. When the Accidental Productions  members ventured further afield to spread their wings, The Bakehouse Theatre hired Joh again to  direct a number of productions for Bakehouse Theatre shows.  Some of these  included Molly's Shoes (2011)  Reasons to be Pretty (2015), The Audition (2015) Biography: A Game (2016) These and many other shows were very successful.

Joh Hartog Productions (JHP) is now a professional profit-share company and a Resident Theatre Company of the Bakehouse Theatre. Given that the world is so varied and complex, their aim is to stage engaging and challenging theatre productions whether it be from local playwrights or from far and wide, representing genres from the traditional to the unusual. JHP won the Group Award (Professional Theatre) from the Adelaide Critics Circle for their production of Brilliant Traces in 2019. They  invite their audiences to contemplate and explore the world around them and perhaps gain insight into the many characters who inhabit it. Bringing to the stage those varying aspects that playwrights dish up for them remains their abiding delight.

STARC PRODUCTIONS was established by Stefanie Rossi, Marc Clement and Tony Knight (former Head of Drama at NIDA) in 2018.

You may remember them from such shows as Toyer and Two (both in 2018) Frankie and Johnny in The Clair De Lune, A Night at the Theatre (both in 2019)

As their name suggests they are interested in producing plays in which there is a minimum design element and where the actor is central. This is not to negate the vital importance and artistry associated with theatre design but simply the dominant rationale behind thier work - STARC by name, stark by nature.

This has come about partly by necessity, but mainly from the desire to create an empty space where the story, characters and actor, is central. It is their vision to present their audiences with stimulating, captivating and entertaining theatre that stays with them long after the final curtain and that demonstrates respect for the essence of the craft that is performance.

They strive to provide their audiences with quality professional content at affordable prices and actors with shows that they can really sink their teeth into.

This year for the first time STARC Productions has decided to theme its season of plays – and this time they are all about SEX!