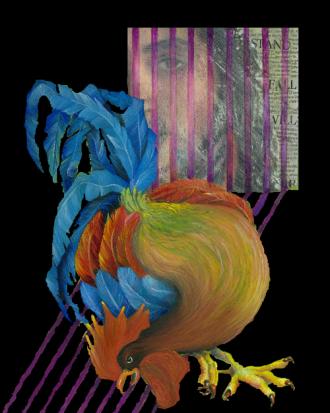 BUY TICKETS
Early Bird offer of $15 tickets for the Preview on 27/11/13 NOTE: This show runs for 5 performances only. BOOK NOW or MISS OUT!
A psychological thriller
Presented by:
Growling Grin Productions

Based upon the 1991 film, also titled "Closet Land", the play takes place in an unspecified time, in an unnamed country. The protagonist is an author of children's books, (originally played by Madeleine Stowe) whose latest work has sparked the government's suspicion that it is a subversive allegory for the struggles of the resistance.
We soon find, that "Closet Land", the children's book, is about a child who is locked in a closet by her mother, whereupon the clothes magically come to life and befriend her. She is then interrogated by a mysterious government official (originally played by Alan Rickman). A gripping and suspenseful battle of wits ensues, in which The Interrogator attempts to coerce The Author into signing a confession to sedition.

"I undertook to adapt my screenplay to stage when I started to receive offers from stage groups all over the world, who had seen my film and were moved by it, and who wanted to perform it on stage. The play version has now been performed almost everywhere in the world. On stage, the words have a lyrical force and sway." Radha Bahardwaj

M 15+ - Mature Audiences
Not suitable for children, as it contains some explicit language, violence, sexual references and sexual content.

"Uncomfortable, insightful and thought-provoking, the production mixes sufficient art with the unrelenting mind games to end up with a winning combination. Definitely not for the squeamish"
Stephen Davenport - Indaily
Benjamin Orchard is excellent as the interrogator...Rayner... is very believable as the children’s author...This production..is a thought- provoking and well-staged piece of theatre.
Lesley Reed - Stage Whispers