Tales of a City by the Sea 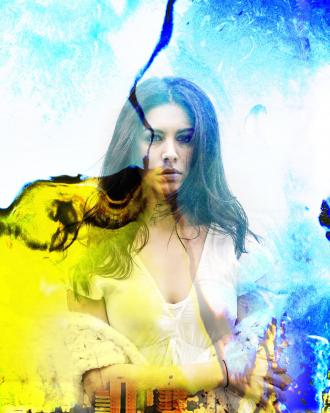 BUY TICKETS
"a gripping piece of theatre that begs to be seen and heard" - Adelaide Theatre Guide
Presented by:
Tales of a City by the Sea

Tales of a City by the Sea tours to The Bakehouse Theatre, Adelaide between June 8-18 following its sold out premiere Melbourne season in 2014.

Written by Palestinian/Australian/Canadian writer Samah Sabawi, this production has assembled a culturally diverse team that include artists from Egypt, Iraq, Iran, Lebanon, Palestine, Malta, Malaysia, Thailand, Italy, Bengal, Chile and the UK and faiths which include Jewish, Muslim and Christian.
For many audiences, this will be their first insight into life in Gaza.

Tales of a City by the Sea is a unique and poetic journey into the lives of ordinary people struggling to find hope and love in areas affected by war and violence. Jomana, a Palestinian woman who lives in the Shati’ (beach) refugee camp in Gaza falls in love with Rami, an American born Palestinian medical doctor and activist who arrives on the Free Gaza boats in August 2008. Their love is met with many challenges including Israel’s assault on Gaza during the winter of 2008 forcing Rami to make incredible decisions the least of which is to take a dangerous journey through the underground tunnels that connect Gaza to Egypt.
On the surface this love story appears to explore the relationship between diaspora communities and their loved ones back home in war torn regions and under occupation, but beneath the surface a broader and more universal theme emerges – one of human survival and tenacity.

Tales of a City by the Sea avoids politics, ideological agendas and clichés by focusing on the human story in all its dimensions. Although the play’s characters are fictional, the script is based on real life events and is a product of a collection of stories the author Samah Sabawi, her family and friends in Gaza have experienced during the events of the past several years. Sabawi has written most of the poetry in the play during the three-week bombardment of Gaza in 2008/2009.

Writer Samah Sabawi says,
“The play is about confronting social, political and physical barriers.  While the subject matter deals with the challenges of life under siege in Palestine, throughout the production of this play in Australia we've experienced the thrill of breaking down some of our own cultural and racial barriers.  As a daughter of Palestinian immigrants who studied English as a second language in high school, I am particularly thrilled that the play will be seen by many school students in cities across Australia and to see it performed by a diverse cast of actors, because to me, this is what it's all about: This is a success story that beautifully displays the power of inclusivity and the strength of our cultural diversity.

“This gripping play is an act of resistance that implores its audience to take heed.” – The Age

PLEASE NOTE: Please arrive in plenty of time as latecomers cannot be admitted

REVIEWS:- Can be downloaded in "documents" below

"a gripping piece of theatre that begs to be seen and heard"
Tony Busch - Adelaide Theatre Guide
"Samah Sabawi’s Tales of a City by The Sea is poetically beautiful, discerning and honest in its examination of life in Gaza.....an astutely balanced, modern appraisal of what it means to live as a Palestinian under siege."
David O'Brien - Barefoot review
“Searing stuff....Samah Sabawi’s play Tales of a City by the Sea is a brave work.... not only reflecting but also possibly affecting our view of this seemingly intractable conflict...The drama is played out well, and in the lead roles Osamah Sami (Rami) and Helana Sawires (Jomana) are both.. clearly deeply invested in the work.”
Peter Burdon - The Advertiser

TALES OF A CITY BY THE SEA ATG review.pdf

Tales of a City by The Sea Barefoot review.pdf

TALES OF A CITY BY THE SEA SUNDAY MAIL REVIEW.pdf